Lost your password? Please enter your email address. You will receive a link and will create a new password via email.

Register to become a member of Answers Nigeria

Register to become a member of Answers Nigeria 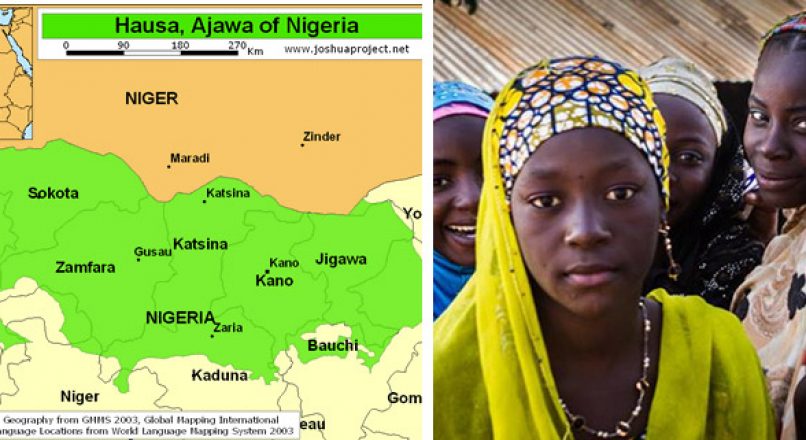 The Hausa people pride themselves as the largest ethnic group in Africa, and the second-largest language after Arabic.

The Hausa Language is enshrined in the Chadic group of Afro-Asiatic family, which was formerly known as the Hamito-Semitic family.

Islamic influence plays a big role in the Hausa language as the language itself is infused with a lot of Arabic words.

The Hausas are the largest ethnic group in Nigeria and they are generally believed to be the strongest tribe in Nigeria owing to their political prowess and Islamic religion which, more than anything else, has been a uniting force.

History Of The Hausa People

The Hausa people thrive on the social structure of Feudalism, which, according to The Oxford Dictionary of contemporary English, is defined as the ownership of resources and personal fealty between a Suzerian(Lord), and a Vassal(Subject).

This is why an Emir (ruler or leader of several Hausa states) is encompassed by several titled officeholders/mini leaders whose agents collect taxes from villages that they hold as fiefs. The bureaucratic nature of the administration further explains this.

Daura is the oldest city of Hausaland, and the people of Gobir speak Haida’s oldest, classical dialect.

During the 15th Century, the Hausa people used Ajami, which is a modified Arabic script to record their language.

Through this method, they were able to compile many written histories, and the most popular of them all is the Kano Chronicle.

The Hausas speak almost 4 different languages: Hausa(native language), Arabic(which is divided into Sudanese Arabic and Chadian Arabic),  English and French (which are their colonial languages).

Hausa people live in small settlements such as rural areas that house a greater population of Hausas, hamlets, towns, and Pre-European cities such as Kano.

Hausa people are highly patrilineal in their descent, and marriages are bound to occur amongst close kin such as cousins and distant relatives. However, there is no ruling of divorce as, according to Muslim law, this occurrence is frequent.

The social structure here as well is very much straightforward. These people practice hierarchical methods of appointing leaders.

Population Of The Hausa People

Hausa stands at over a staggering 70 million alone in Nigeria, and Nigeria has the highest population of Hausa people.

They are considered the largest ethnic group in Nigeria

What Are Hausa People Known For

1) Religion- Islam, otherwise known as Sufi Islam is the most established religion of the Hausa people. Maguzanci was practiced before the origin of Islam and was the African Traditional Religion of that time. A few minorities of Hausas are pagans such as Maguzawa or Bunjawa.

2) Clothing – The traditional dresses worn by Hausa men include loose flowing gowns slit by the sides for ventilation, trousers which are loose at the top and middle, but very tight at the leg. The women wore wrappers made with Ankara material and blouse.

3) Language – The Hausa language has more first-language speakers than any other language being that most parents and caregivers that are Hausas often adhere to speaking the language to the children/wards in their care.

Occupation Of The Hausas

The vast majority of Hausa people are entrepreneurs who solidly dealt with production as their specialty.

They are known for the production of tie-dye clothing, leather and leather works(which was in the past mistaken for Moroccan Leather),  rearing of livestock and production of viable cash crops like wheat, sorghum, millet, maize, etc. They also specialize in thatching and smithing.

The Hausa States In Nigeria

There are 7 true Hausa states, which are Biram, Daura, Gobir, Kano, Katsina, Rano, Zaria. These states have satellite towns which are Zamfara, Kebbi, Yauri, Gwari, Nupe, and Kororofa.

Daura city is the cultural center of the Hausa people and it predates all other cities.

Hausa people have their own popular breakfast, lunch and dinner meals. Their foods include Tuwo, Kosai, Tuwo da miya, funkaso, suya, and kilishi.

Other Hausa foods include masa and soup of different tastes and textures.

Suya is a very popular Hausa snack that is made from beef. Hausa people are known widely as cattle rearers, this is partly the reason that has foods made of meats.

Suya is locally made by roasting beef over hot coal, it is then garnished with lots of Nigerian spices and served with vegetables. The video below shows you how to make suya – a popular Hausa food.

What do you think? Leave a Reply.